Since April 2015, PLAY International has been present in 4 Integrated Rural Villages (IRVs) in southern Burundi. VRIs are villages, often located in remote areas, created especially to accommodate repatriated populations. Tensions between populations, low enrolment, malnutrition, lack of economic activity... the VRIs concentrate many difficulties. In this context, PLAY International is working to improve the situation of these populations, particularly among young people. 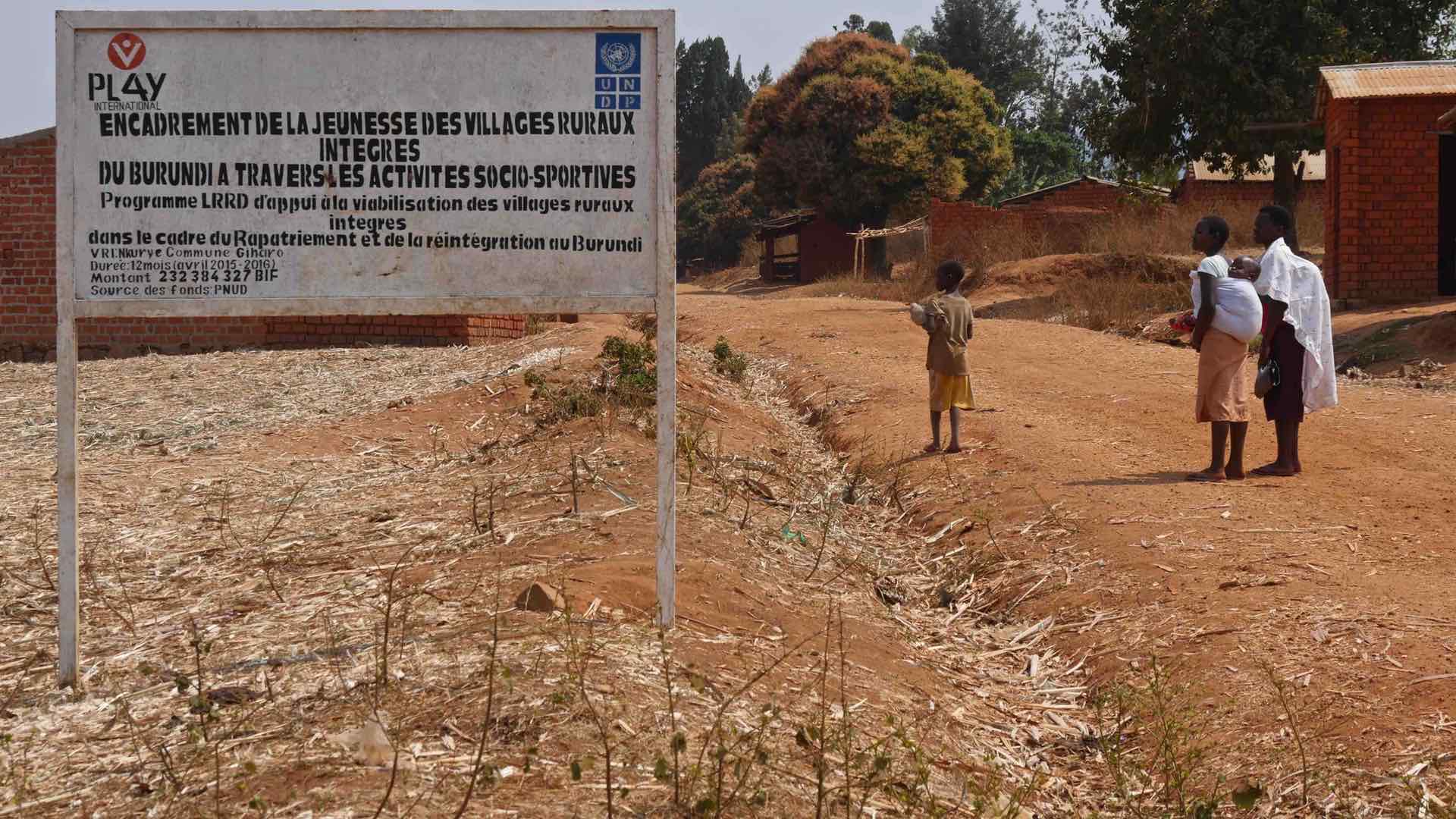 THE DIFFICULT (RE)INTEGRATION OF REpatriate

A dramatic theatre of ethnic conflicts in the 1970s and 1990s, Burundi experienced massive population displacements. In 2000, Burundians were one of the largest refugee populations in the world, according to UNHCR. Most of them have joined a neighbouring country, Tanzania. Today, while Tanzania has closed most of its refugee camps, Burundians are repatriated and are hosted in the VRIs set up by the United Nations Development Programme (UNDP).

But this return home generates integration problems. Local populations close to the VRIs take a negative view of this influx of returnees, some of whom were born in Tanzania and have never set foot on Burundi's soil. Language is also an additional barrier. In Tanzania, Swahili or English is spoken, while in Burundi Kirundi or French is used. Finally, the difficulties linked to the lack of water and cultivable land feed this climate of tension.

"ALL UNITED BY SPORT"

Involved for a year and a half in the VRIs, PLAY International has helped to improve cohabitation between repatriated populations and local populations. Accompanied by the NGO team, facilitators and leaders were trained to set up socio-sports activities. Focusing on themes such as hygiene, schooling or gender, these activities improve living together while transmitting educational messages. Faress, one of the leaders, said: "We played football only at home, the neighbours at home. No girls, no grandchildren. But today, girls and boys, those of the VRIs and neighbours, we are all united by sport."

In all, 24 facilitators were trained and approximately 11,000 children or young people and their families benefited from this project.

Discover the video of the joint action of PLAY International and Bibliothèque Sans Frontières in the Musenyi VRI, shot by UNDP.