On 5 December every year, the world takes time to recognise the amazing efforts that volunteers make to change the lives of those around them.

In Kosovo, PLAY International is privileged to work with dozens of young volunteers from different ethnic communities every year who take part in our Sport4Youth project. These young people take the news skills that they learn during the prject back to the children in their communities to build a more inclusive, tolerant and accepting society.

With their Generosity of spirit and goodwill, they are helping the different communities of Kosovo heal from the burden of the past and imagine a different kind of future.

Her best memory as volunteer was when she helped two boys overcome their rivalry during one sport activity :

« I was doing my activities in Skenderaj and two boys were not getting along well - they were difficult children and were being mean to each other. At first they played against each other but then the game changed and children needed to play together to win. They realized that they had to cooperate if they wanted to win. They also realized that they could get along well in the end because they had the same aim - to win the game. »

His best memory happened 2 years ago, when he was running one activity in Peja / Pec / Pejë.

« I was running an activity with one class and I saw one girl standing at the side of the field. She was an autistic child and she was not part of the class. She asked me if she could join the game. She started to play with the others kids and she was really enjoying it! At the end of the game, she came to see me personally to thank me. I was moved to see her so happy. » 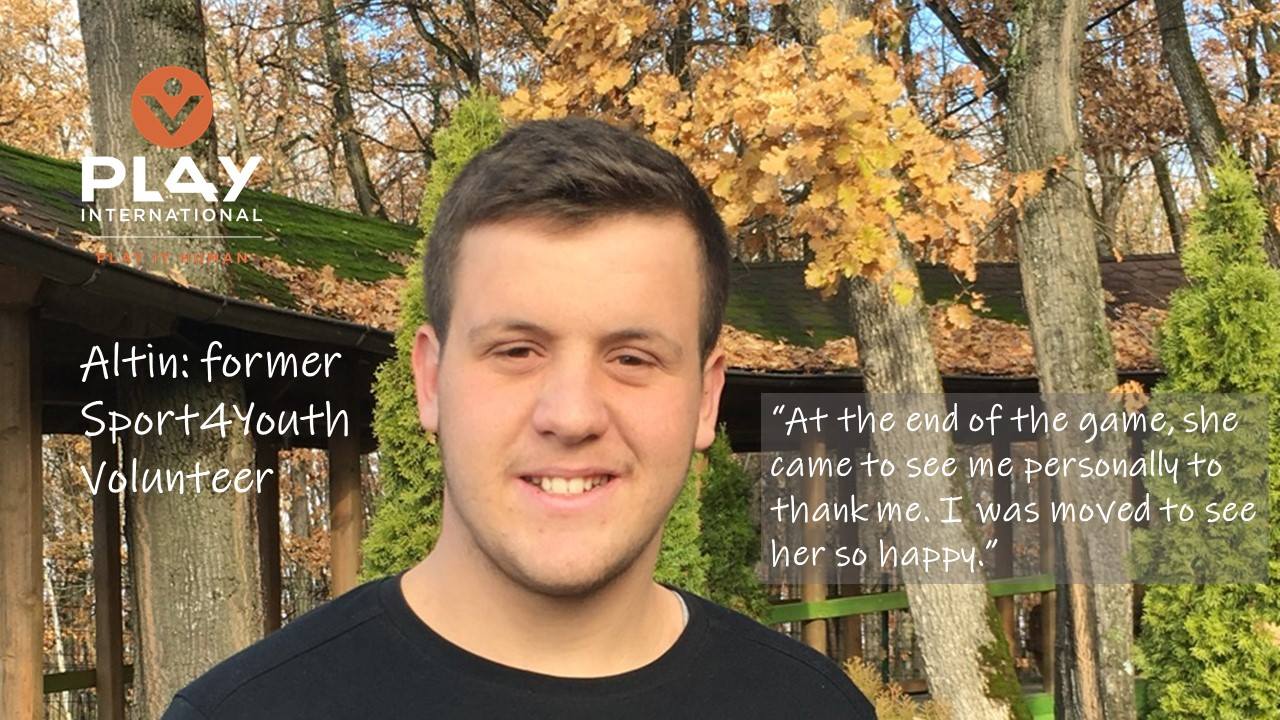 We were delighted to have welcomed Canadian Ambassador Maksymiuk to the event to observe a peer-to-peer exchange between our current volunteers and some former Sport4Youth volunteers. Having experienced the event first hand, the Ambassador shared a few thoughts on the similarities between Kosovo and his own country Canada... 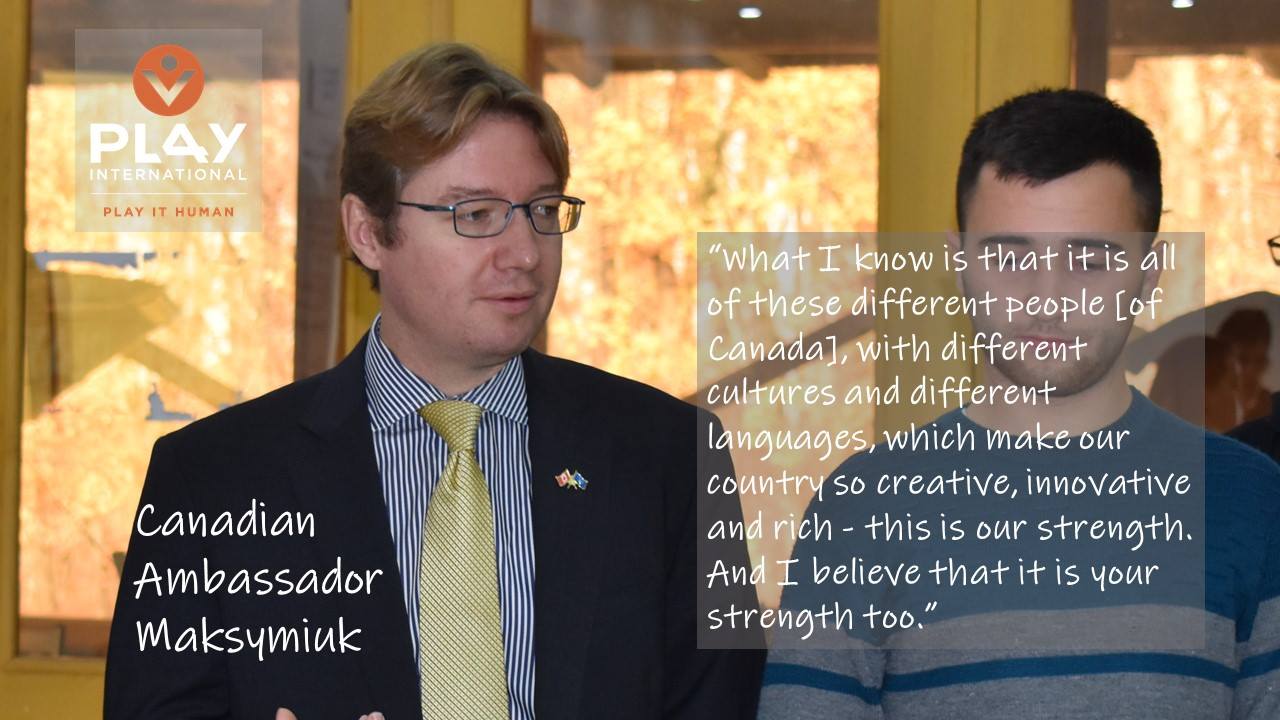 Our volunteers' weekend has been made possible with the support of the Embassy of Canada to Croatia, the Municipality of Pristina and LIMAK Pristina International Airport. PLAY International Kosovo would like to take the opportunity to say a big thank you to them for their ongoing support !