On Tuesday 13 March 2018, PLAY International and the Agence Française de Développement (AFD) de Mayotte signed a partnership agreement to set up and distribute the "Playdagogy" programme in Mayotte.

With more than half a million beneficiaries in 12 countries since 1999, PLAY International uses sport as a lever for behaviour change and as a concrete solution to educational, health and social problems.

Playdagogy uses sports games and debate to raise children's awareness of issues such as equality between girls and boys, the fight against violence and discrimination. The project provides for the adaptation of educational content to the Mahoran context, the distribution of educational kits (thematic sheets, session sheets, sports equipment), the training of educational professionals (teachers, extracurricular animators, BPJEPS) in the use and animation of these games as well as the monitoring of deployment with children. At the end of this experiment, a pilot action is planned to extend the project to the neighbouring islands of the Union of the Comoros. 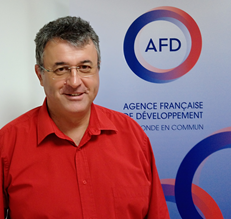 Can you describe the Mahorai context for us?

Mayotte's economic and social development is lagging far behind in many areas, which are both blocking factors and sources of growth. The desire to catch up is strong and the economic dynamism of this young department has never faltered in recent years despite a complex social situation (extreme youth of the population, high illiteracy and illiteracy rates, lack of qualifications, mass unemployment, insecurity, migration crisis, etc.).

What are the social challenges to be addressed?

Mayotte today finds itself torn between the traditional foundations of Mahoran society, such as communitarianism, solidarity and mutual aid, and the Western model structured around ideas of individual development and empowerment.

But Mayotte is also the country of determined women, of tickler commandos who have made the history of this country. Women who are like so many features of union between tradition and modernity.

Here more than anywhere else, development cannot be achieved without women, because when they mobilize, it is with courage and determination.

This is undoubtedly the reason to hope for better days for the island of perfumes: the strengthening of the place of women in Mahoran society.

What is AFD's role and missions in Mayotte?

In Mayotte, AFD's intervention and its new motto "a common world" make sense. Building a fairer, more sustainable and more inclusive world. A world that leaves no one by the side of the road, especially women and girls, who are often discriminated against in the name of social and cultural norms.

How can the use of sports games be a source of solution for raising awareness among the youngest in Mayotte?

Aware of the extreme youth of the population and the current social tensions facing the territory, AFD has decided to support PLAY International in the implementation of its "Playdagogy" in order to enable more than 2,000 children aged 6 to 12 to access activities that enable them to strengthen their life skills on the themes of living together (secularism, combating all forms of violence, violence against women, racism, etc.) with a focus on gender equality.

Above all, it is about working for Mayotte's future by reaching out to the youngest and ensuring that gender equality is preserved. A sine qua non condition for any sustainable development.

Indeed, it is impossible to develop a society and its economy by excluding half of its population in the name of social and cultural norms that hinder its development and contribution to the common good.